Kayaking, although challenging, can be quite a worthwhile experience if you are well prepared and the right gears are packed. It becomes a lot more challenging when the weather is not favorable. A little shelter from the rain or intense radiation from the sun is necessary. Most people tend to use kayak canopy or umbrellas for this reason.

The larger size of the canopy makes it an ideal and more preferable shelter. The size ensures shelter for a wider range, covering the cockpit and some part of the hull. The kayak umbrella has a far smaller size and covers just the head of the kayaker.

The kayak canopy consists of poles that make up the frame. There are different ways to install a kayak canopy, some being easier than others. Canopy installation ranges from drilling holes in your kayak to merely gluing them.

Kayak umbrellas offer a much easier installation than the canopy owning to its universal clamp that can be used very efficiently and quickly on any surface.

A kayak canopy tends to be much more expensive than the umbrella, and rightly so. The canopy comes with poles used to build the frame of the canopy, and the materials used to make these poles also determine the price. Kayak canopies with poles made of fiberglass are the most expensive. Umbrellas are really cheap.

Kayak umbrellas are made of polyester only. This is because it’s really light and can be used not just for kayaks but for tons of outdoor activities. Kayak canopies, on the other hand, are made of different materials, based on what it’s to be used for. Canvas is used mainly for sunny weather, but polyester and nylon are used for rainy weathers.

The umbrella is much more versatile than the canopy because of its modest size. The umbrella can be used for a kayak and other outdoor activities, and the universal clamp also makes it possible for it to be used on virtually any surface.

The canopy is used only in kayaks and other vessels. Although some canopies are adjustable and can be used in different kayak sizes, it’s still limited to a range of size.

A kayak canopy, sometimes called a bimini top, is an open-front canvas which serves as a shade from the intense sun or rain. It comes with pole frame and is usually fitted in the kayak. A kayak canopy is collapsible, which means it can be taken down when not in use

Choosing A Canopy For Your Kayak

In selecting a kayak canopy, the first thing should be to check the size of your kayak cockpit you wish to cover. The canopy should be able to cover the entire cockpit shielding the entire body from the sun or rain. Kayak canopies don’t normally come in a wide range of sizes but are versatile, such that they can be adjusted to fit into any kayak cockpit size.

Kayak canopies are made from different materials, all of which have their pros and cons. Some of the most common materials used are nylon, canvas, and polyesters. Canvas are woven piece of fabric, making it a good shade and breathable.

Frame Of The Canopy

Considering the frame of the canopy is really important. Different frames give different stability and strength. Some materials used to make poles for the frame are fiberglass, aluminum, and steel. Fiberglass and aluminum tend to be a better choice as they don’t bend easily and at the same time they are not as heavy as steel to overload the kayak.

The weather is also important to consider as it influences the canopy to get. A canopy to be used in sunny weather should be made of canvas. The nylon made canopies should be used in rainy weather because of their waterproof nature.

Creates a really good shade with its big size. The poles are made of fiberglass thus its really light frame and the shock cords make installation relatively easy. It is also really versatile and adjustable. 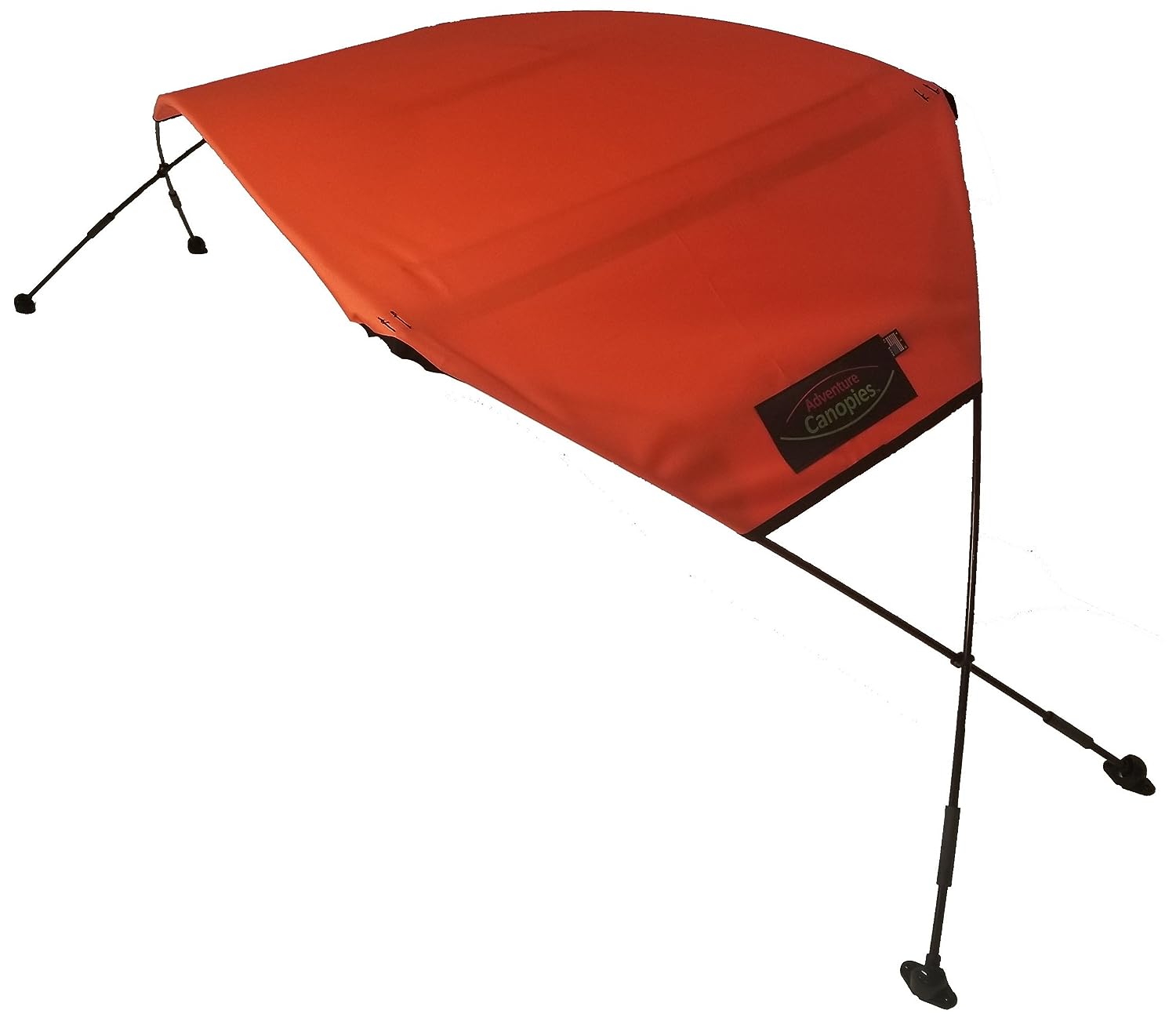 This is a unique canopy that works on any kayak including the inflatable kayaks. The installation is done by gluing the patches to the surface of the kayak. The polyester material makes for good rain and sun shelter. 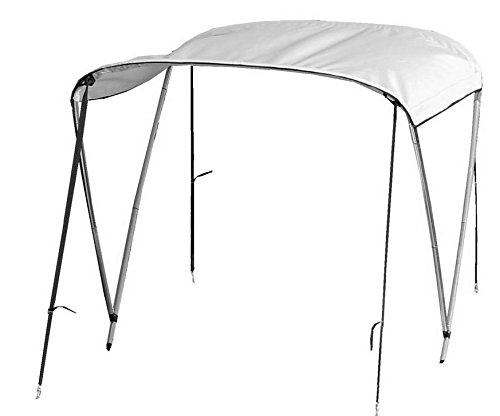 The Gold Sun kayak canopy is known for the ease at which it can be installed and taken down. The 8 sq. feet the canopy covers also make it god for most kayaks. It also has an elastic and unbreakable frame. 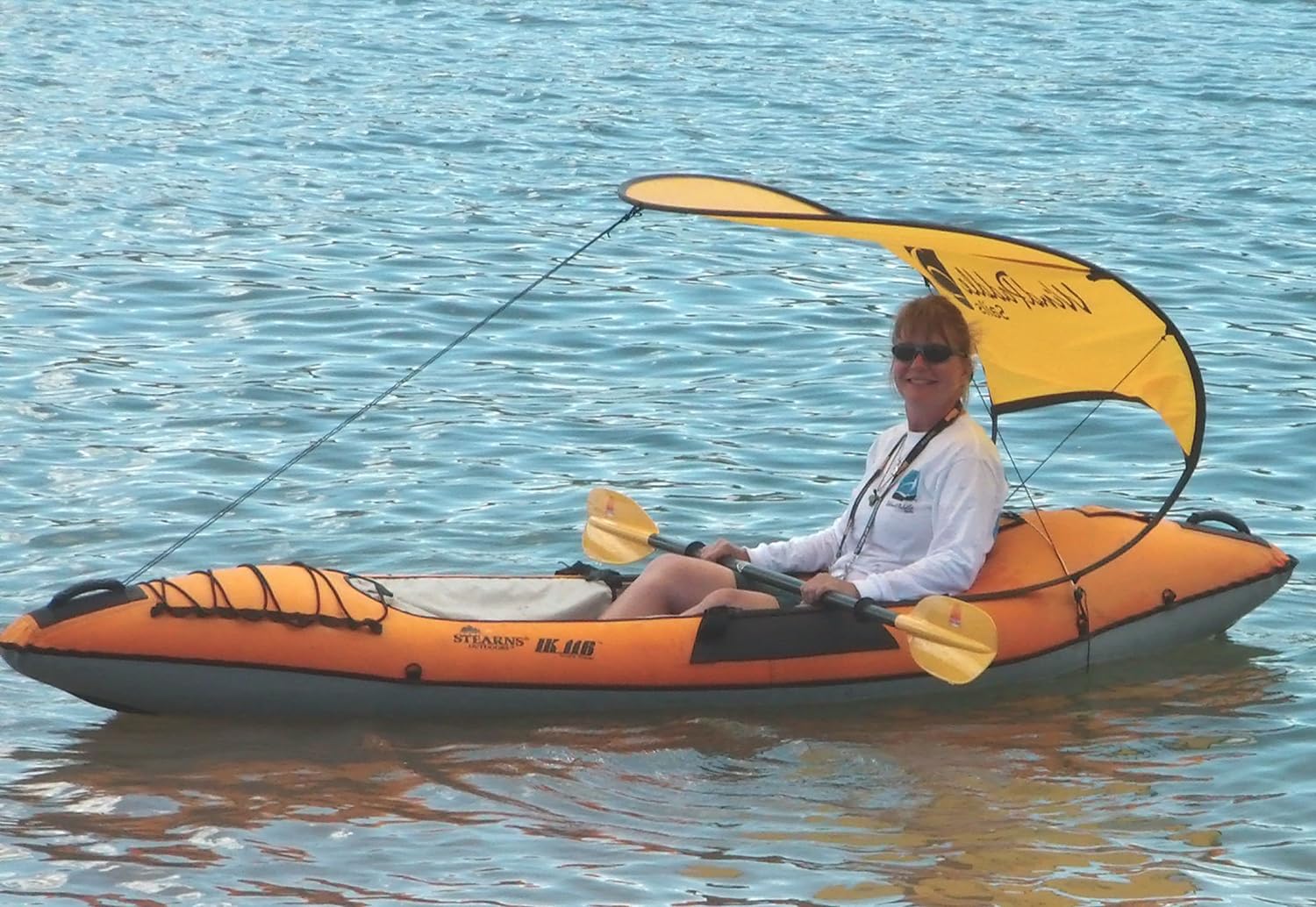 It offers no other form of shelter except your face and maybe upper torso depending on the size of the umbrella.

The most used umbrella for a kayak is the Sport – Brella’s Versa – Brella. This umbrella makes for a good shade based on the 360 shade protection and the ease of use. It has a universal clamp which can be used on any surface. It can also be folded.

It also provides noticeable protection from ultraviolet radiation from the sun but it’s really hard to stay up under strong winds. 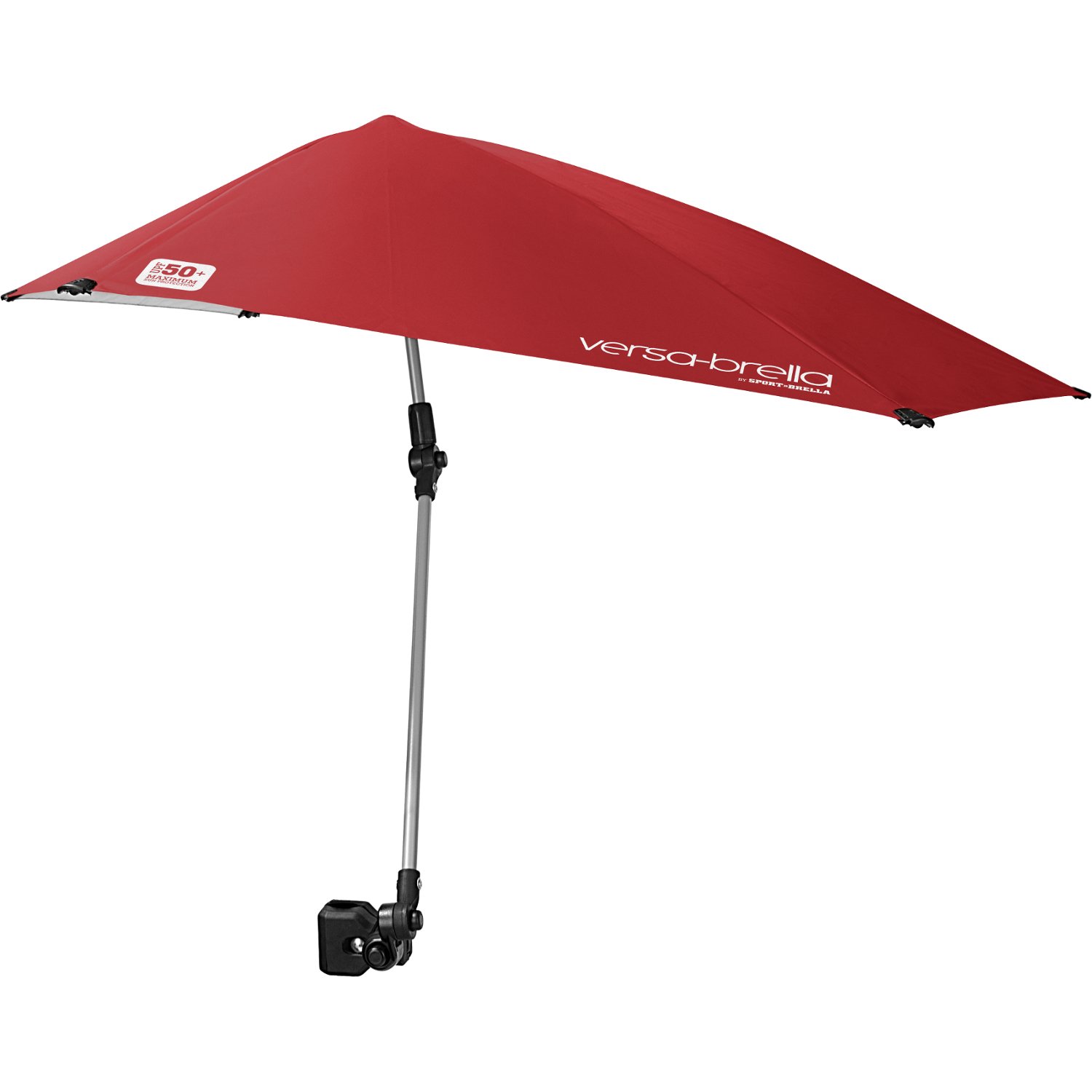 The kayak canopy and umbrella are really useful gears for kayaking. They both have their pros and cons and selecting one should be done based on personal preferences. Regardless, they are both efficient shelters and are sure to make kayaking less stressful.